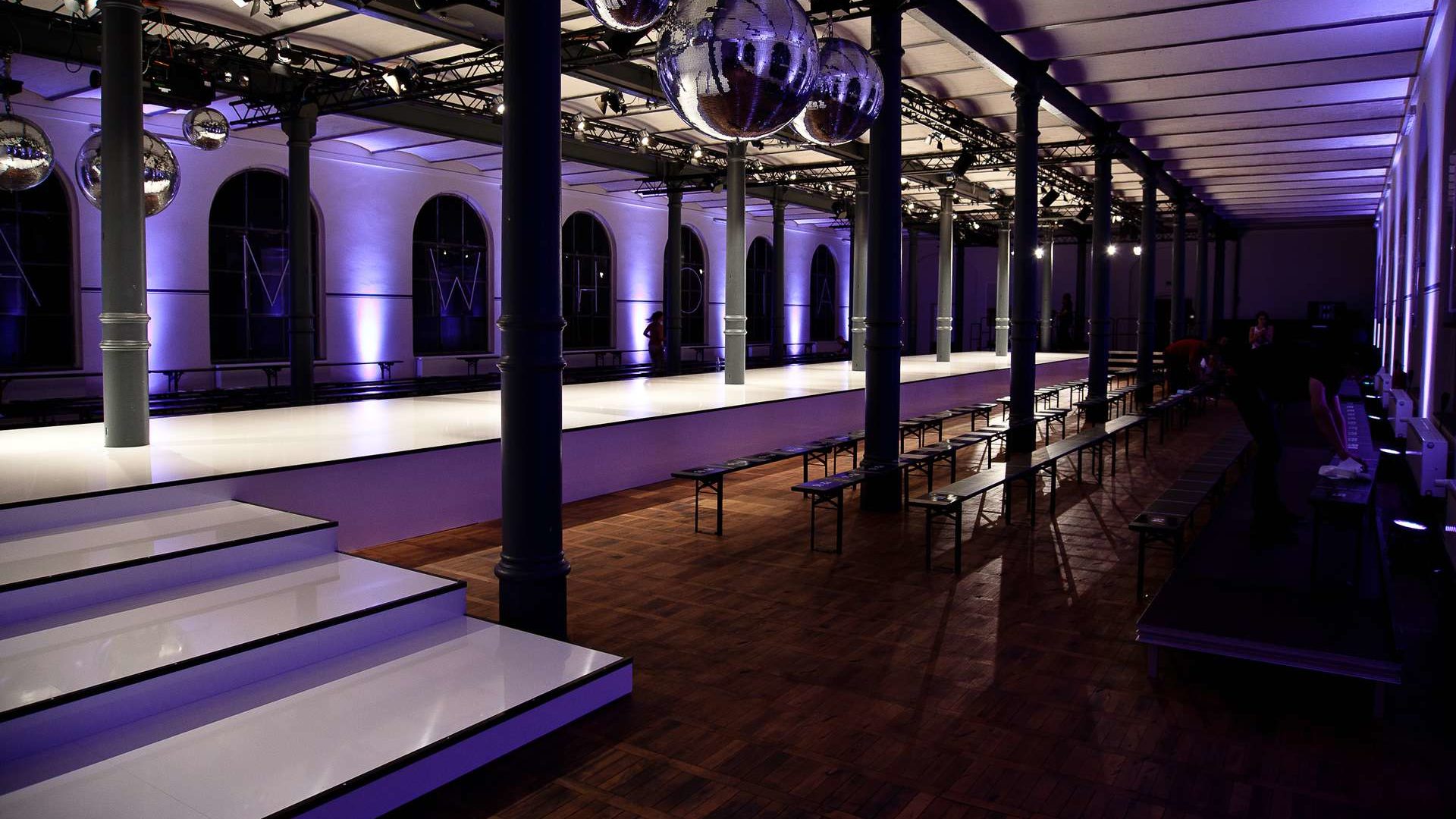 The Heeresbäckerei, Köpenicker Straße, belonged to the area of the Prussian Provincial Office from 1805. The road gained in importance through the construction of the Brommy bridges and Oberbaum bridge as well as the emerging shipping traffic. Numerous factories, stores and warehouses were built along the Spree. Today’s Heeresbäckerei made of yellow clinker was built around 1890 as an ensemble of granary, bakery and mill. It covered the need for commisson bread and rusks of the entire Berlin garrison. After the Second World War, parts of the Senate Reserve were stored. The magazines of the Heeresbäckerei are executed with Prussian cap ceilings and cast-iron supports and are preserved in their original condition except for the mill.