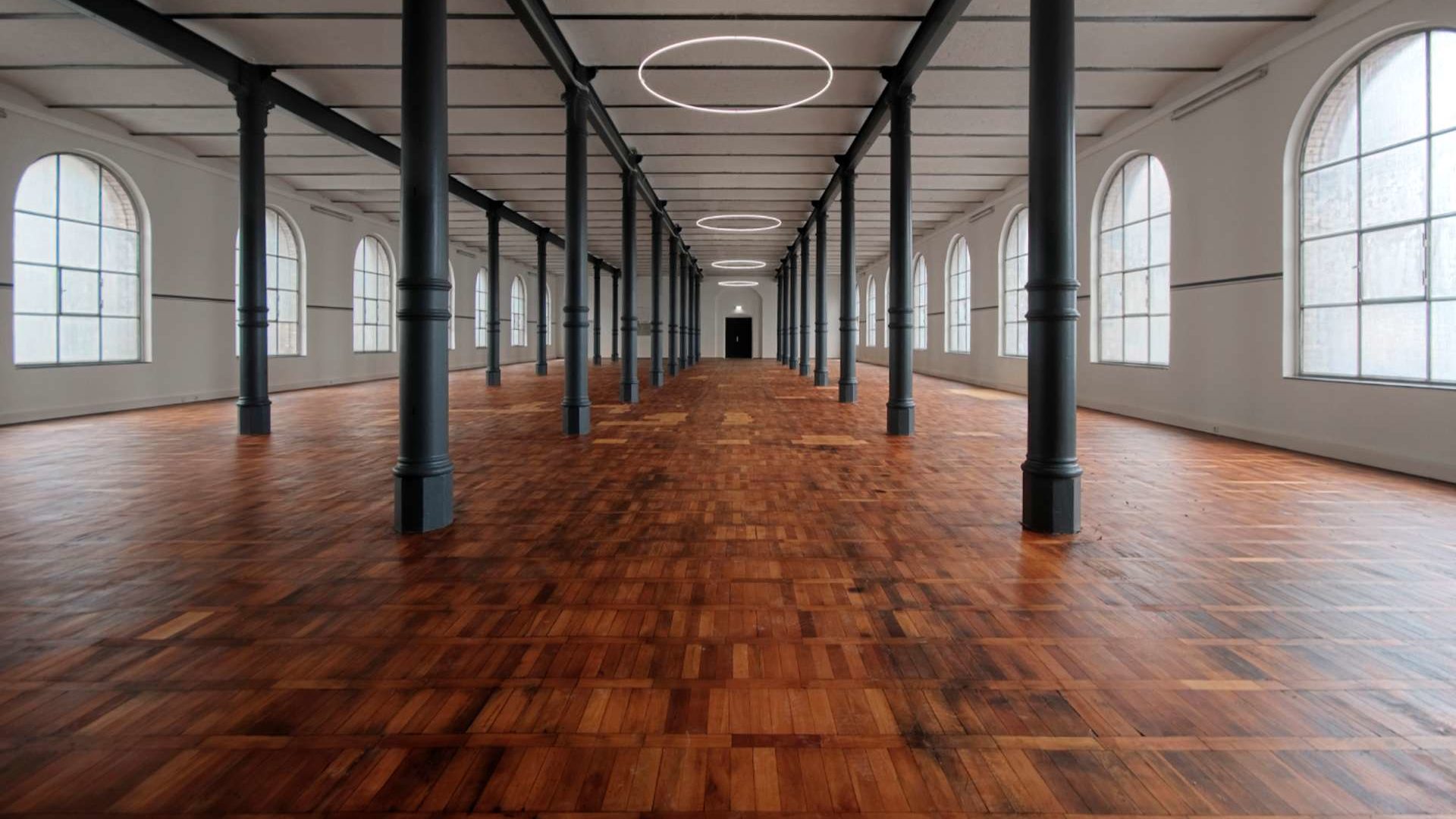 The Heeresbäckerei (magazine in the army backery) in Berlin-Kreuzberg is an impressive industrial monument located directly at the Spree. The magazine in the west wing was used as a warehouse since 1890, lorries with flour and grain traveled on rails between the magazine and the bakery. The brick building has retained its substance over the years. Cast iron columns carry a five-meter-high ceiling, the parquet is made of old beech, deep arched windows open the room to the light. We have renovated the magazine in the awareness of its history and upgraded its features.

The result is a magnificent hall with a good deal of charm – perhaps the most beautiful in Berlin-Kreuzberg. The Magazin in der Heeresbäckerei stands for events on the pulse of the good old times.

Other rooms in the Heeresbäckerei are the Atelier, the Kontor and the Loft.

Our partners in sustainability: